We drove through northeast Connecticut to our friends’ house in Rhode Island.  In Windham CT, we came across two old riverside mills — one marked as from 1857 — that had been updated.  One had been converted to condos, the other an art space.  Although Eastern Connecticut State University is there, the town looked like any other town in the area.  We don’t know how or why these mills were converted or how they can be economically viable, but we were intrigued by the effort.

Most of the day we meandered through the countryside.  It took a long time to cover a little distance.  In the West I wonder about the geology and the early Euro-American settlers.  In this part of the world I wonder about colonial times and the development of farms and towns and mills.  In many places the roads still follow the paths determined well before automobile travel. We stopped at a small cemetery that was established in 1750, with gravestones from then and up through our times.

It is nice to have a day off the road, spending time with our friends, catching up on the news of other friends and acquaintances from when I lived here, almost 30 years ago.  Being here, it doesn’t seem like that long ago. 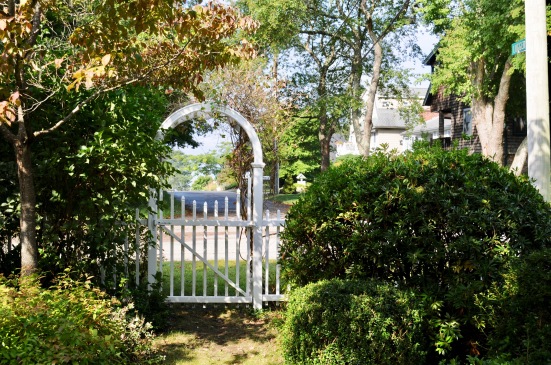 The weather has turned sultry.  It isn’t that humid, but it is much more humid than we are used to.  There was some rain overnight and this morning a fog bank persisted along the ocean side of the island until after noon.

More than going anywhere else that I’ve lived, coming to Rhode Island is always an exercise of nostalgia for me. There are some aspects about this place that I love — the water, the woods, the old houses, the stone walls, the culture, the friends I made so many years ago.  I even bought a house here in Jamestown where I had intended to live when I retired.  I ended up moving somewhere else and never lived in that house.  We walked by there to see what’s been done to the house.  It appears to be very well cared-for. 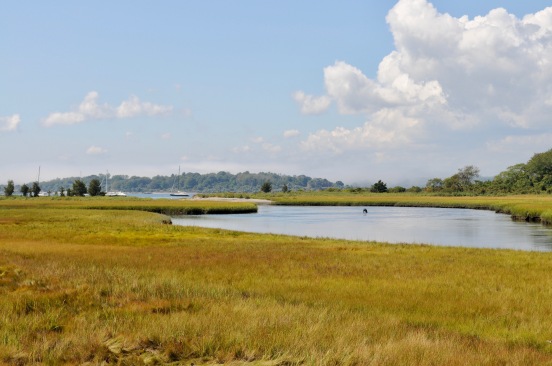 But I’m glad to live in Portland now, even if it isn’t by the sea. 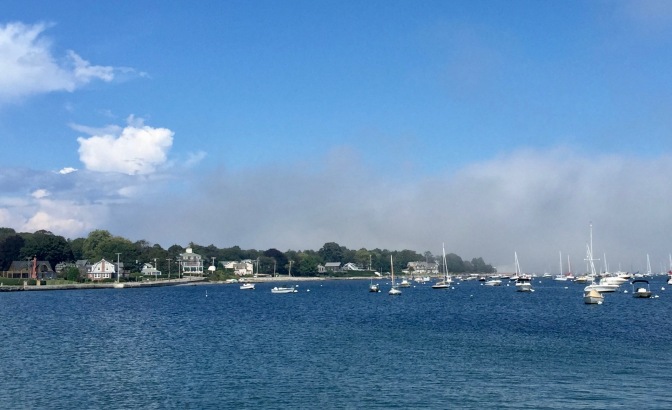