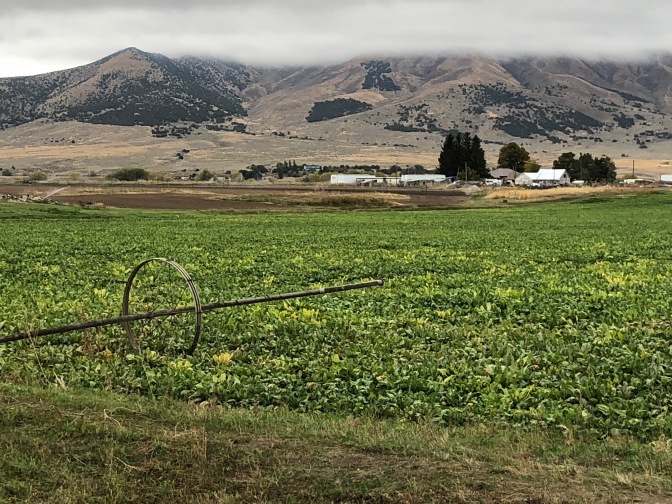 A little more than 100 years ago, people living along the Snake River in southern Idaho discovered that by adding water from the river, they could transform the sagebrush-dotted plain to cropland “like magic,” hence the Magic Valley. 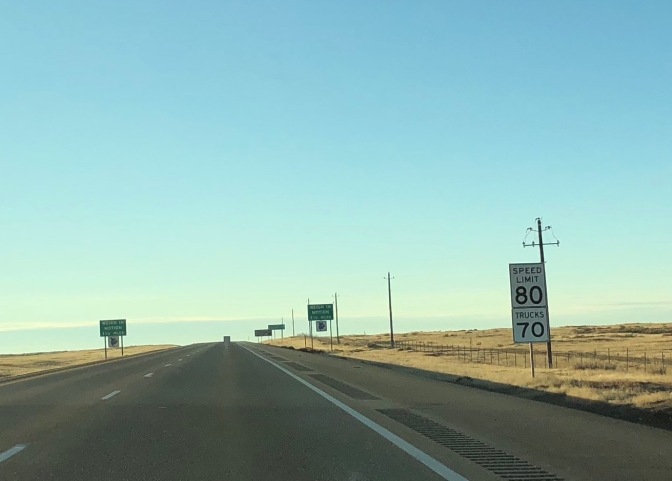 We left Boise under 40º clear skies, driving into the bright sun.  By the time we passed Mountain Home — a town on the sagebrush plain — we could see increasing clouds to the east. 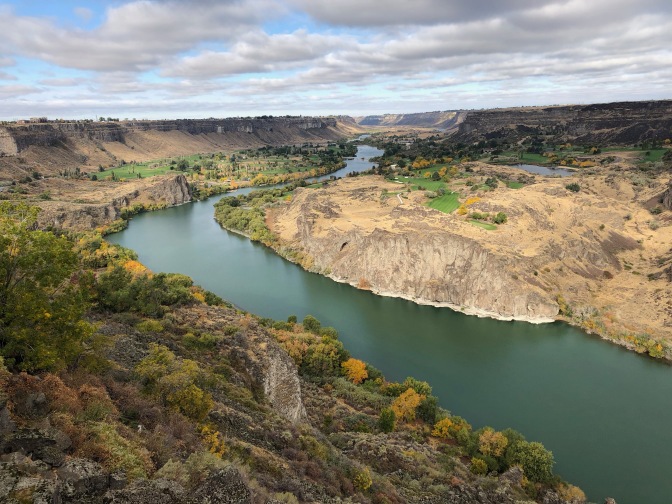 At our first stop, in Twin Falls, Andrea discovered her email had been hacked and the hacker was blackmailing her to be paid in Bitcoins.  She changed her passwords and made a few calls.  We think she’s OK, but it was unnerving.

Part of the lava fields at Twin Falls 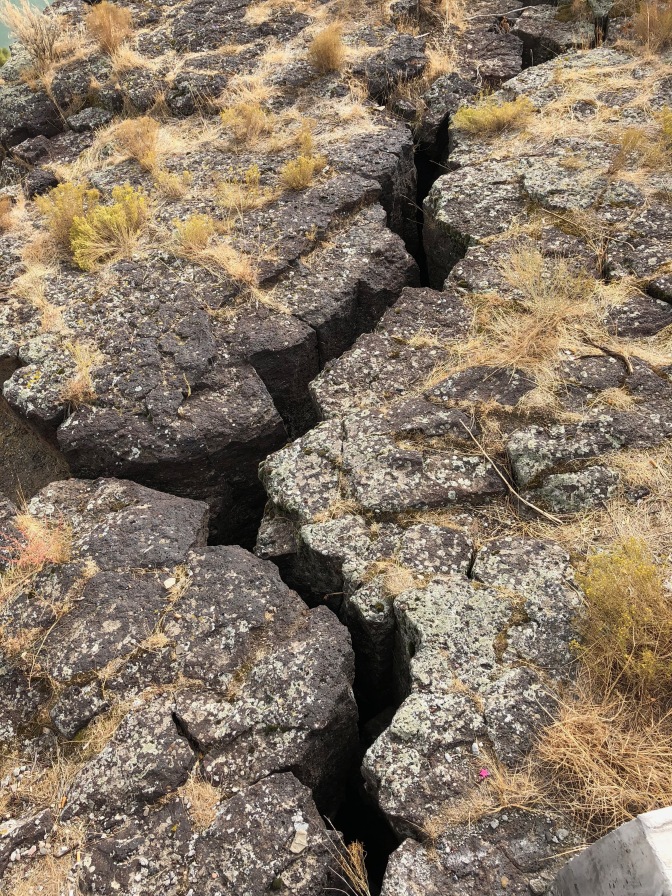 We like to listen to podcasts and audio books as we travel.  Tired of the podcasts, we tried Baldacci’s “End Games,”  but all the killings were bumming us out.  We switched to Neil DeGrasse Tyson’s “Astrophysics for People in a Hurry.”  After I missed our turn in some tiny town next to Nowhere, Idaho, we turned that off because it needed more attention than I could give it.  We ended up with Janet Evanovich’s “Hard-core Twenty-four.”  That was about the right level for us at the time. 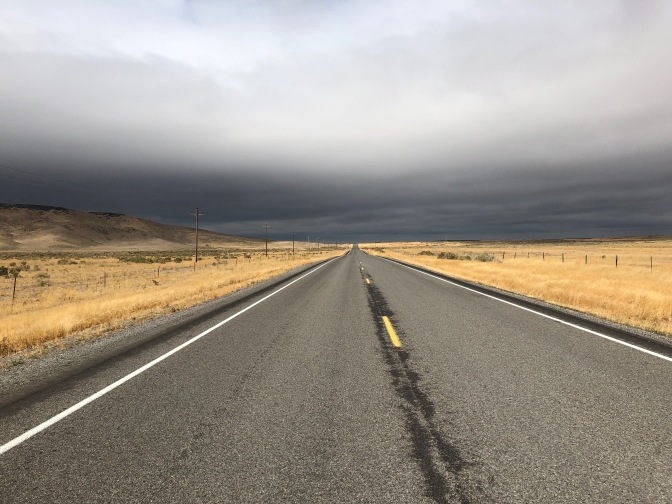 I’ve gotten stuck in a blizzard along that route, and I’ve gotten off the road to look at the river and fossil beds and other sights, but pretty much for us it is a place to drive through to somewhere else.  The weather through there can be awful and the weather can be good.  Today it was just chilly and windy.  We made good time.

From Idaho we dropped down into the northern Salt Lake area.  We could see a dusting of snow on some peaks of the Wasatch Mountains.  Then it is a long climb east into Wyoming.  Tired, we zipped past the natural formation called Devil’s Slide. 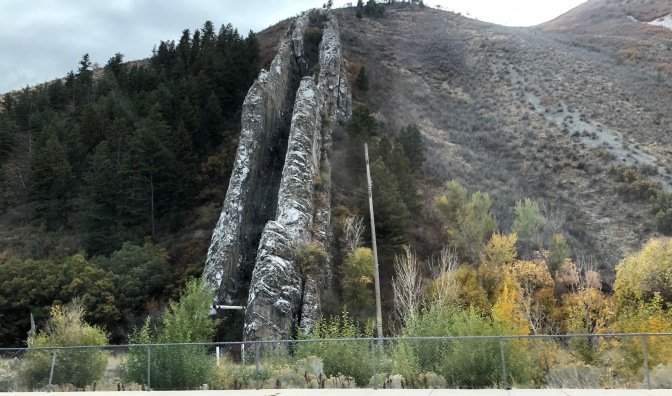 We’re in Evanston, Wyoming tonight.   Unpacking the car in the cold drizzle and 15 mph wind, I began to wonder if I’d brought enough warm clothes.  Then a young woman walked out of the motel with no jacket over her t-shirt, went to her car at the other end of the parking lot, and drove off with its windows open.  Perhaps I’ve just lost my Wyoming toughness.  It’s been seven years since I moved away.

It was a longer day than we are used to, and we’re tired.  Between the weather and our need to cover more distance than usual, we didn’t stop much to look around.  But we’ve both been through that area many times, separately and together, and are eager to get to Laramie tomorrow.

QUIZ TIME: I’ve decided the sign I saw was a form of graffiti.  It wasn’t in other stalls.  Where it came from, I have no idea, but I no longer think the truck stop put it there.  You’re off the hook Ontario.