This morning the weather said it was 33º, but when I went out to the car the windows were all iced up.  Evidently it had rained last night, or perhaps it was just heavy dew.  We’ve had colder mornings this trip, but this was the first time I had to get out the ice scraper.

We set off east across the eastern Colorado plains, into a bright sun in a cloudless sky.  Most of the roads run to the points of the compass.  An advantage of this time of year, though, is that the rising sun is quite a bit south of directly east. 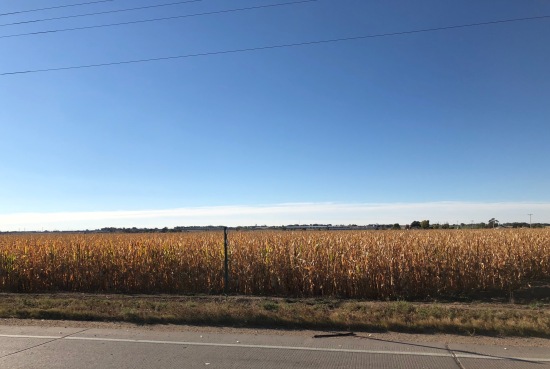 We charged the car in Brush — a tiny, otherwise unremarkable town — and continued up to Julesburg.  Our brother-in-law Joe was born there, and we thought we’d stop for a look.  It appears to be a fairly prosperous community with an actual downtown, although small and with a dirt street.

We ate lunch at a surprisingly good Mexican restaurant in Ogallala, waiting for the car to charge.  Crossing flat eastern Colorado and then Nebraska in 50-degree weather with no wind, we are using about 2/3 the electricity we were using crossing Wyoming.  So our charging stops take only about 2/3 the time.  We don’t have to stop at each one, but they usually come up about the time we want to get out of the car for a short break anyway.

The old and the new in Gothenburg

The next charge was in Gothenburg.  We took a short detour to look at the cabin that is the first  Pony Express station.  (It didn’t start out here but was moved here from the ranch that was its original home.)

With the change to Central Time, we didn’t get to our motel in Kearney until after 5 — later than we like but still within reason.

Yesterday Joe took us by the sculpture park in Loveland.  It is quite a remarkable place, with probably several hundred sculptures.  Here is just a very small selection: 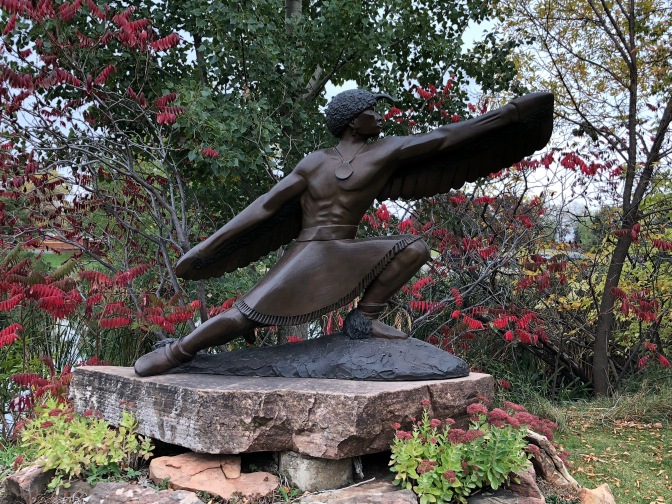 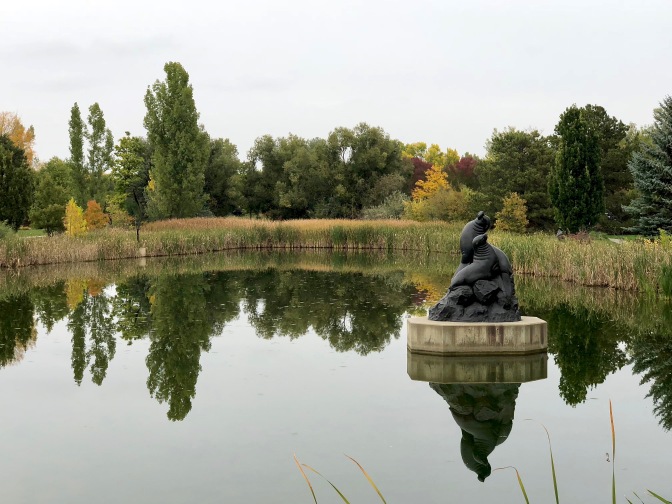 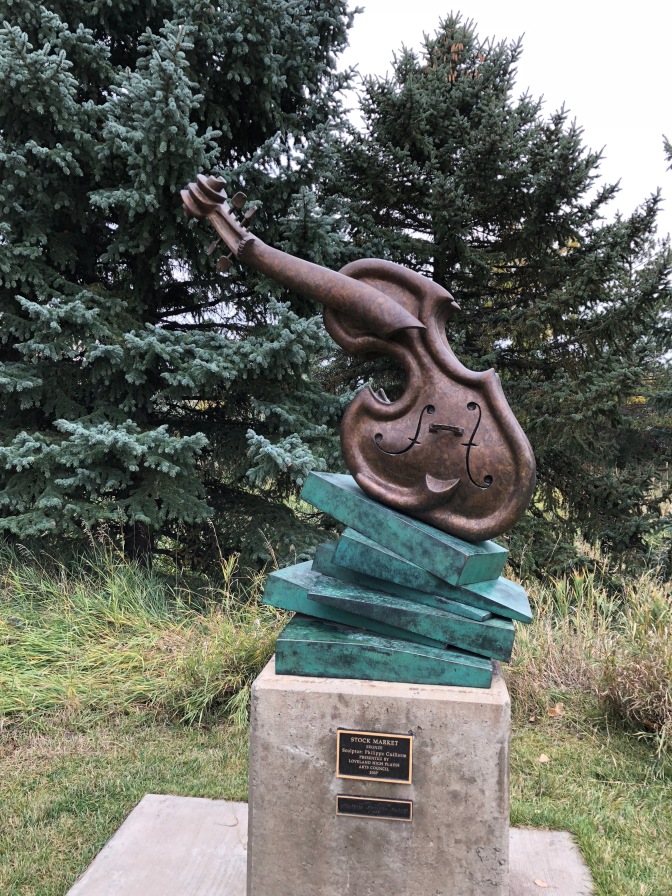