We’re finally off on the road again.  We’d planned to travel in June, but one thing and another — mainly the filming of our movie “Strictly for the Birds” — delayed our departure.  The filming is done now (yay!), so off we’ve gone.  This will be a short trip of less than two weeks, but it is good to be on the road nonetheless. 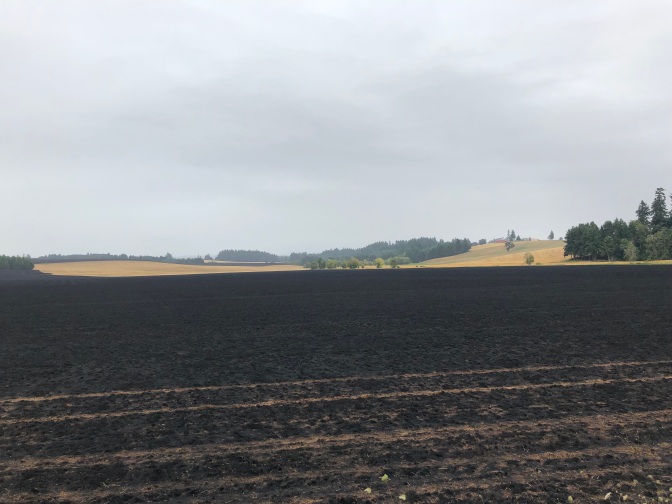 We drove down through Mulino and Silverton through the farmland of the Willamette Valley.  In the rolling hills north of Stayton, are large blackened fields.  I could smell they were burnt as soon as I stepped out of the car.  It was obviously controlled burns, the char up to the edges of the fields but no further.  It’s to control the weeds and kill the seeds of the previous crop so they can plant something new. 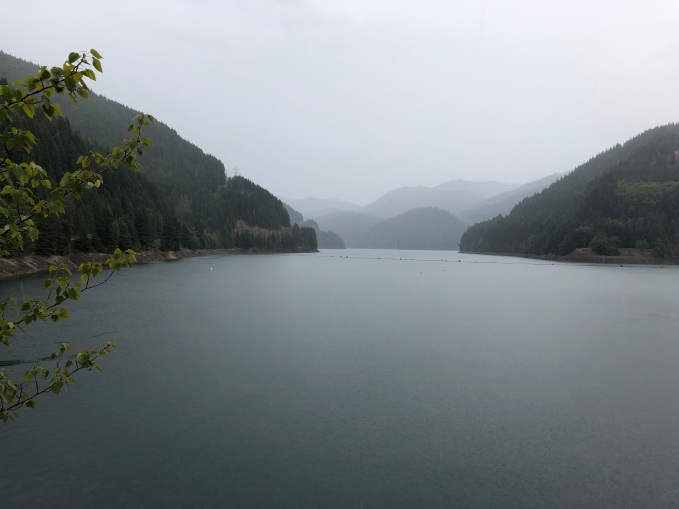 We’d planned to get lunch while we charged the car in Detroit Lake.  There are only two restaurants in the small town, and one of them was closed today.  We walked through the rain to the other end of town.  That place, with double its usual customers, was handling the surge well.  The man at the register said it was the first rain they’d had all summer.  The lake is low; one of the marinas will be dry by the Labor Day weekend. 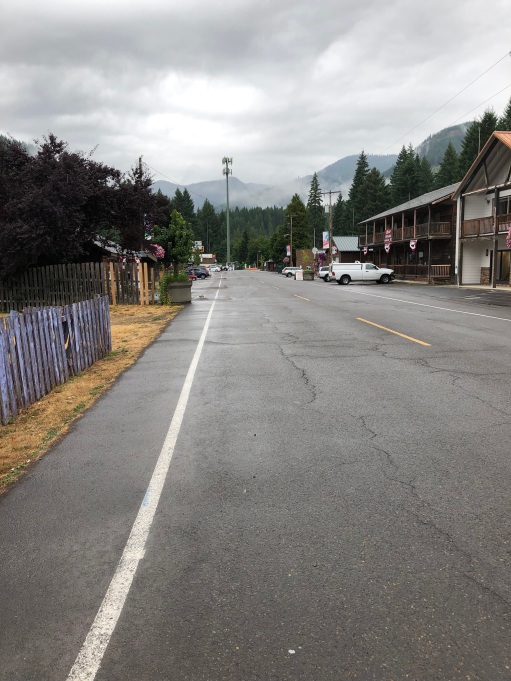 Farther on, around Suttle Lake, the forest had suffered a fire a few years ago, but it is healing well.  We stopped at a roadside kiosk that explained how they manage the forest so that fire won’t completely destroy it. 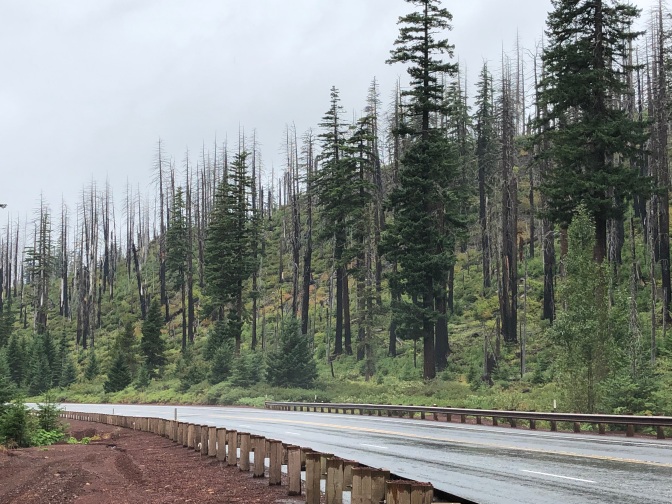 Then it was up and over the mountains.  For years, I’d been a regular at Sisters Coffee in Portland’s Pearl District, so of course we had to stop at the mothership in the town of Sisters.  The place was full.  The barista said the rain had driven everyone inside.  Usually, she said, they’d be sweeping the floor by that time on a Wednesday afternoon.

We charged the car again at the Fred Meyer in Bend.  We’re staying here in town overnight.  Now off to explore Bend’s Old Mill District…

3 thoughts on “On the Road Once Again”