There were three lanes heading north on the interstate to Tennessee.  Construction warning signs said the left two lanes were closed.  Finally we got to where there were more signs on the left side of the road: 2 left lanes closed 1,000 feet.  Opposite on the right shoulder was a sign: Right lane closed 1,000 feet.  No wonder traffic was tied up.  (The right lane was indeed closed, but the two left lanes were open.)  We were glad to finally get to Tennessee.

It was a beautiful day — blue sky with puffy clouds, temperatures in the 60s and low 70s.

We stopped to charge at the airport outside Chattanooga, and again at a mall near Knoxville.  As we climbed up into the mountains north of Knoxville, it was like driving back a bit in time — the rich, new green of the trees gave way to bare trees with new leaves struggling out.  The tops of the hills were still in winter. 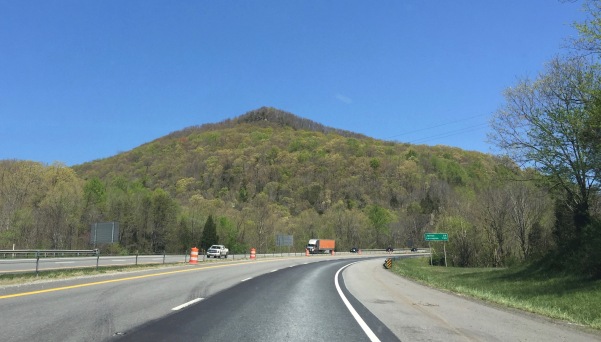 We passed several of these huge crosses.  They just seem odd to me.  Is that really a display of faith?  (It is the three large crosses grouped together that I see as ominous, a symbol of intimidation, even a threat.  I hope that the people who erect them don’t mean them that way, but that’s how I react.  We passed several of those, too.) 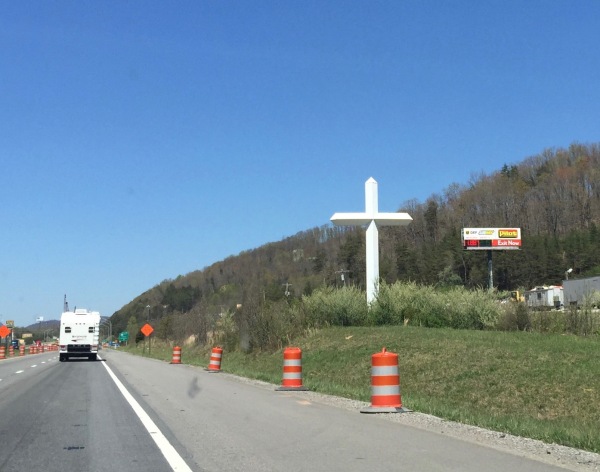 We got off the highway to get some pictures.  Eastern redbuds — one of my favorite trees — were blooming in the woods with the dogwoods.  As garden trees, they have a nice shape and stay fairly short.  In the woods, they grow like the dogwoods: tall and spindly and ethereal.  I love them. 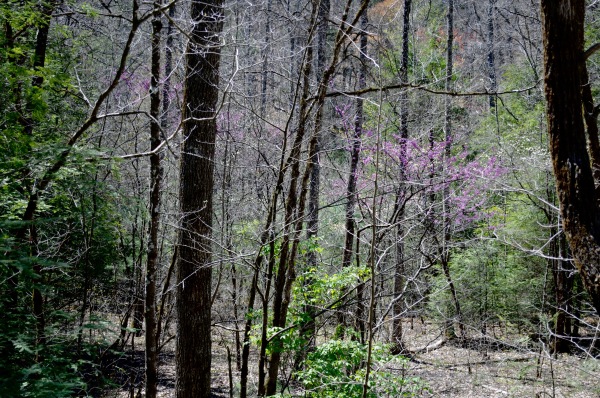 We didn’t really know where we were going, but we needed to get off the interstate in order to stop for pictures.  We turned onto the poetically-named Stinking Creek Road, paralleling the interstate but far enough away to not hear the traffic. 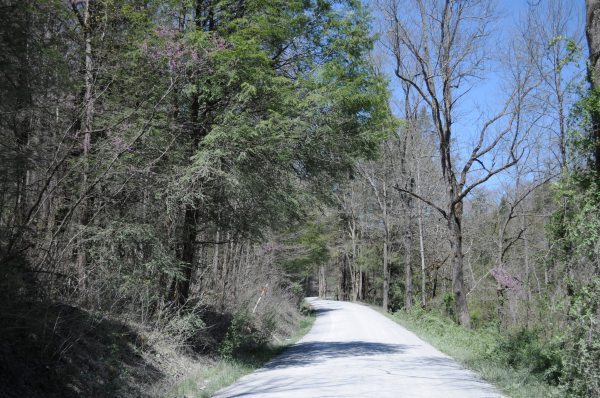 And then we were in Kentucky. 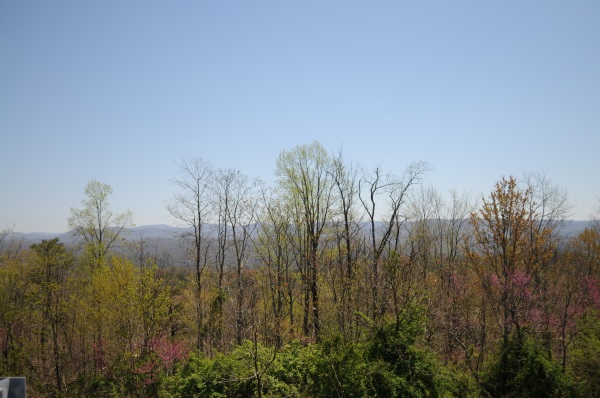