Coming west into Utah on Interstate 70, the land drops away to a vast empty region that is the Green River Valley. 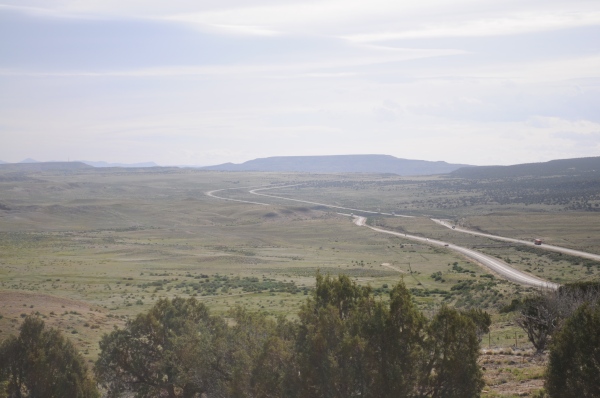 We stopped in Green River to charge the car.  Clouds of virga filled the sky, with just a few drops falling on us.  We thought we were in for some bad weather, but we had blue sky again once we headed north to Price. 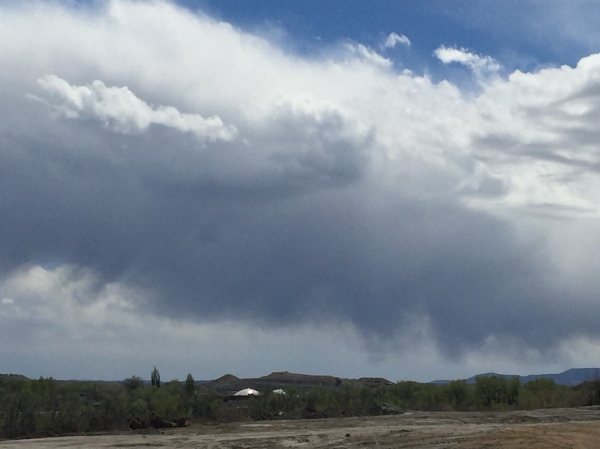 I love the openness of this land but always wonder how (or why) anyone would live there.  Since it is springtime, the land is coated with a soft green that will turn to brown and the deep green of sagebrush as the year progresses.

We stopped in Price to charge again and to get lunch.  The car said we could skip the Price charger, but I wanted a full charge to get over the next ridge of mountains and up the interstate to Salt Lake City.  Plus, we were ready for lunch. 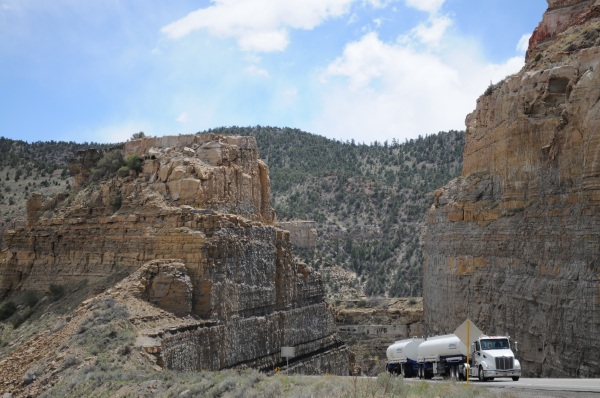 From Price we climbed up and over Soldier Summit, a route familiar to railroad buffs because of the long, hard climb the trains make to reach the summit, almost 4,000 feet above Provo. 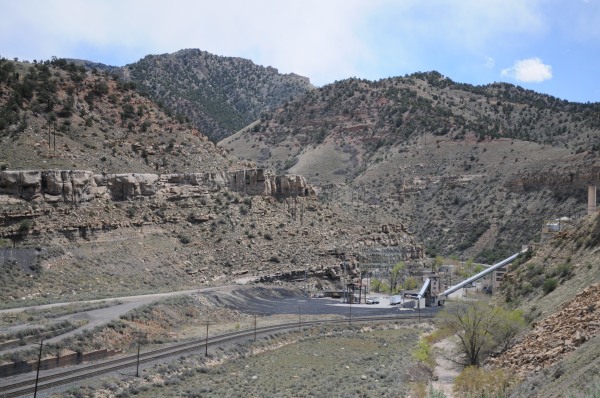 South of Provo the road joins Interstate 15.  We raced north in heavy traffic through Utah’s population centers, on a road of 5 to 7 northbound lanes.

As we charged the car again in Salt Lake City, the dark clouds that had been bumped up against the Wasatch Mountains to the east thickened and began dumping water.  We continued north in heavy rain.

Tonight we are in Tremonton at a Hampton Inn that has a charger in its parking lot.  We haven’t had this convenience since Greenville, Alabama.  It makes life a lot easier.  And it’s a long haul to the next charger, in Twin Falls.