We came into Montana through the Crow Reservation.  It’s a beautiful part of the state, with open grasslands on rolling hills.  We stopped at the Little Bighorn Battlefield National Monument.  It was here that two peoples fought to defend their way of life, their culture, all that they knew. 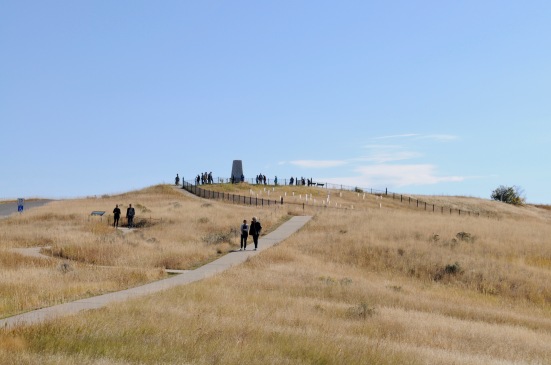 The natives were defending their land, their families, their world.  The Euro-Americans were attempting to corral them, so that they could exert their culture on the land.  The monuments to the soldiers were old; the monuments to the natives were newer.  It was a somber experience to be there.  And I am once again amazed at the job the National Park Service does to preserve and explain.

Then it was on to Bozeman for the night. 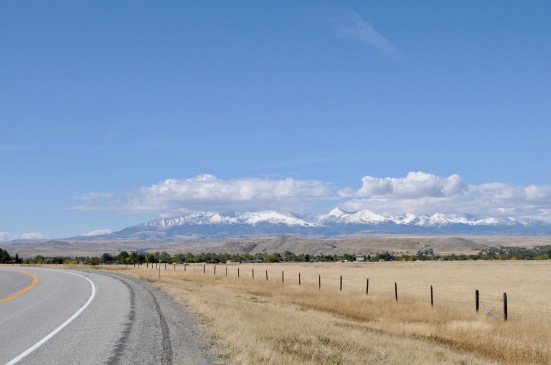 Montana is the fourth-largest state in area but the 44th in population, with 10,000 fewer people than Rhode Island (a state 1/100th its size).  Driving through, it seems that most of Montana’s population is along I-90: Billings, Bozeman, Butte, Missoula.  As we came west, we passed lots of houses on the hills and in the woods and beside the rivers.  And we saw lots of signs advertising lots for sale, evidently aimed at people who want a vacation home.  Montana is a beautiful state, but many parts of it are pretty remote.  It’s hard for me to imagine buying an acre lot far from any town of even 1,000 people.

A lot of the land is brown this time of year and looks very dry.  We passed several places that had burned, some recently and others some years ago. 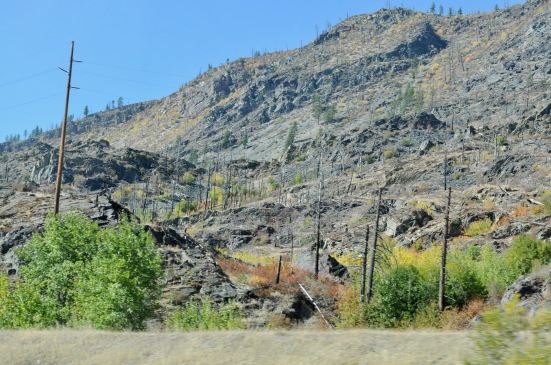 We had lunch in Missoula.  Our original plan was to spend the afternoon and night in Missoula, but we’ve been on the road for 29 days.  We wanted to get closer to home.  Now that we are west of the Continental Divide, we are on the downhill run, literally as well as figuratively.

One thought on “Montana”