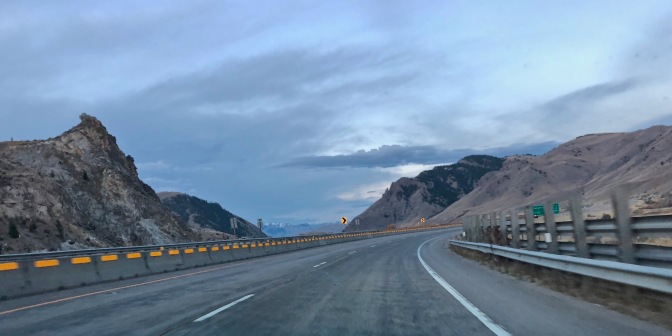 Last night we stayed in an older style motel.  It is the kind that is two stories and has no interior corridors — all rooms open to the outside.  As we settled into our room, we could hear people talking outside, walking along the balcony upstairs, and several car alarms going off.  I thought that probably we wouldn’t sleep well, but everything settled down by 9 and we both slept soundly.  In the morning people were observing campground etiquette, making as little noise as possible before sunrise.  Sunrise was at 7:58; we left by 7:45. 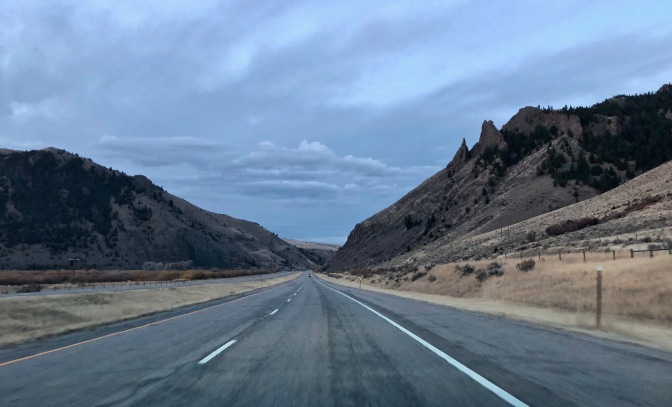 It was a pleasant drive up over the pass to Idaho and the Pacific watershed.  Once down the mountain, we drove along the flat plain that had been transformed from scrub to farmland by Snake River water.  There was no rain in the forecast, but it started to rain anyway. 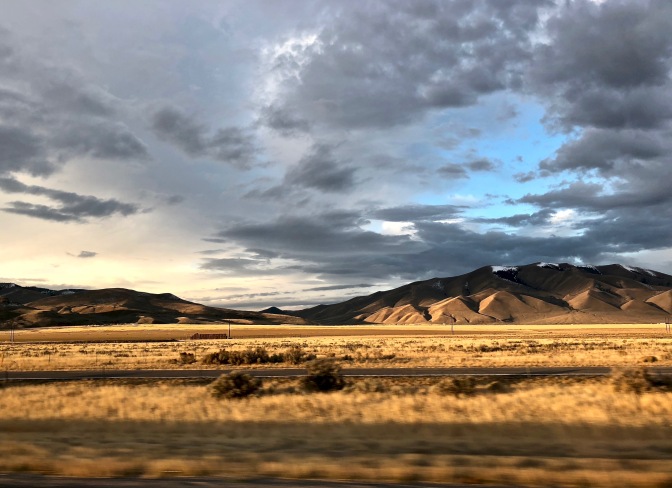 In Pocatello, we began to look for lunch.  We were in no hurry, so we turned up our noses at the chain restaurants.  We went downtown but didn’t see anything that appealed.  We drove over to the old downtown but still didn’t find much.  We drove out to the university (Idaho State) thinking there would be student hangouts there but didn’t find any.  Finally Andrea found on her phone a place back in the old industrial area by the tracks — Portneuf Valley Brewing.  We went there and had a delicious lunch. 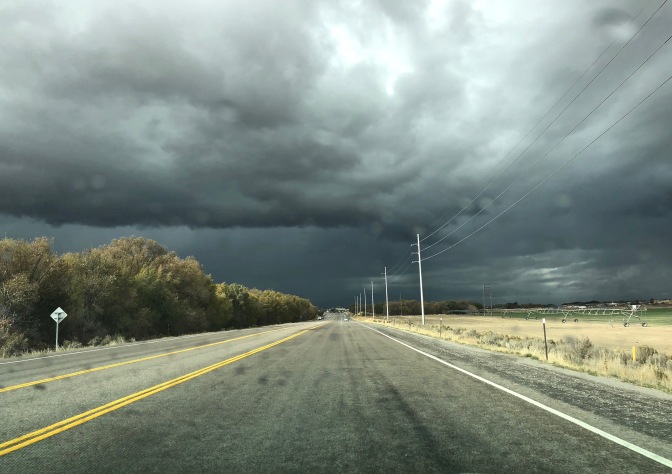 Leaving Pocatello, we headed toward very dark clouds.  Then it started to rain.  And rained harder.  I slowed down as the rain came harder.  I thought of taking the next exit to wait it out when the car in front of us pulled to the shoulder.  A quarter mile farther, before we got to an exit, the rain let up.  It rained on and off for the next hour, but the worst of it was over.

We got to Twin Falls — our destination for the night — by 3.  We had time to go on to Boise, but we were tired and our reservation that was too late to cancel was here.  Andrea laid down for a nap while I took the car to charge it.

We’d been across the bridge over the Snake River at Twin Falls numerous times and often took a picture from the city level.  Today, on a beautiful sunny afternoon we drove down to the river. 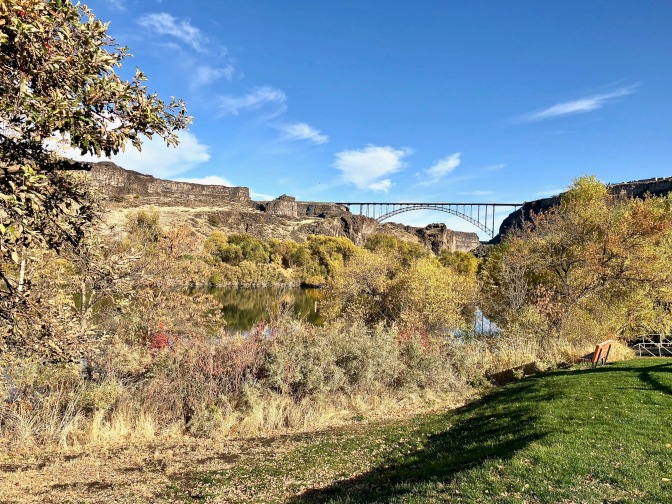 Tomorrow night we will be in Walla Walla.