It was a beautiful but nippy morning, with thin clouds and a temperature of 30º.  But it had warmed to around 40º by the time we left. 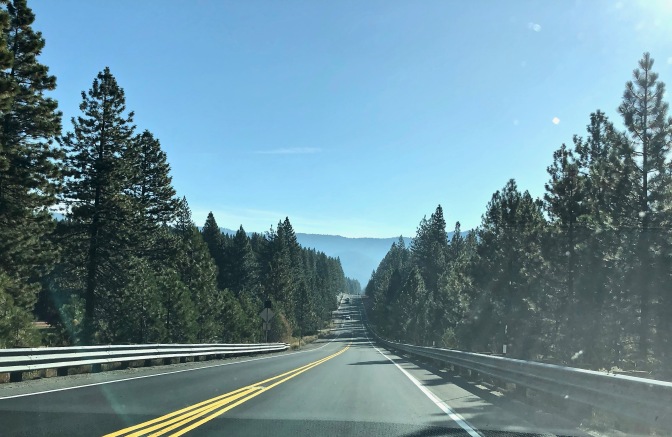 We drove south along the east side of Lake Tahoe.  It is a beautiful lake of clear water, and a beautiful area.  I can see why so many like to come here.

After charging our car at the Hard Rock Casino in Stateline, Nevada we went up and over and down into Antelope Valley.  At the bottom of the grade, we had nine miles more charge than we had when we started, 20 miles earlier — one of the advantages of an electric car.

It is a time of greens and yellows and golds.  I keep trying to capture these colors with my camera, but somehow the pictures don’t do the natural beauty justice. 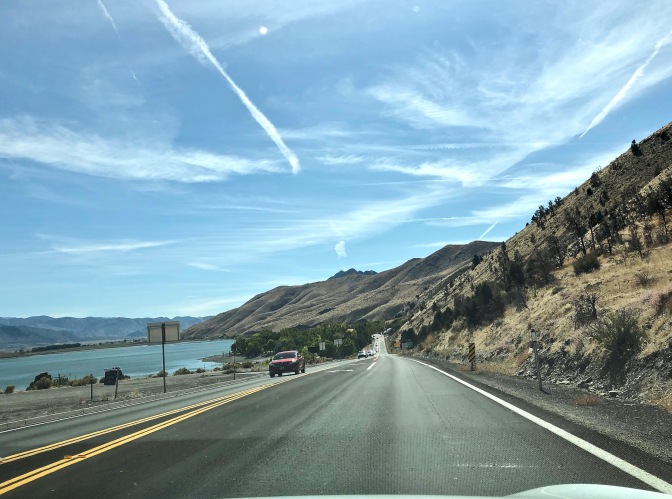 We had lunch at Topaz Lake Casino, on the Nevada-California line.  Why anyone would go there, we don’t know, although the food was fine.  But it’s kind of in the middle of nowhere.

We passed an area that had been burned, but many of the trees were only partly burned, showing burn and green. 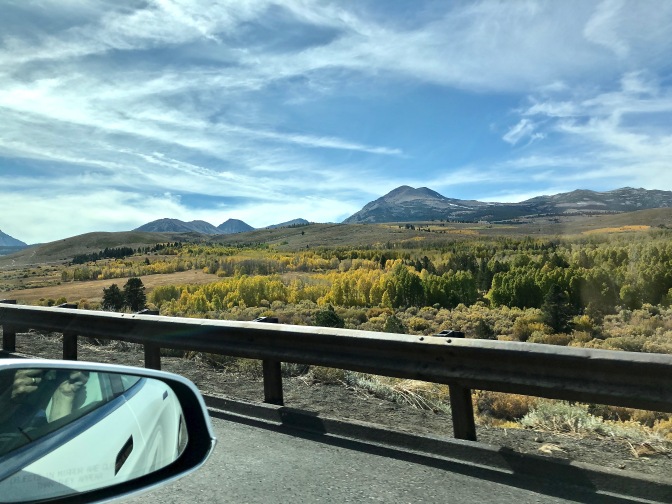 We spent most of the day above 7,000 feet.  The bright sun through the thin clouds in the high altitude made for perfect picture weather.  But we’d gotten a late start, and the road along the lake and then over the hill were slow, so I didn’t want to stop to take pictures.  If we’d stopped everywhere that was beautiful, we wouldn’t have gotten to our motel until after dark.  Plus, through the two-lane sections we kept hitting construction, with single lane traffic.  We’d all bunch up together.  Then once free of the construction, we’d go at the speed of the slowest vehicle.  I’d work my way up to the head of the line and would be reluctant to stop and let everyone pass us again.  Then we’d hit another section of construction and bunch up again.  We got to our motel in Lone Pine — a beautifully restored ‘60s motel — at 5, about an hour later than we like to stop. 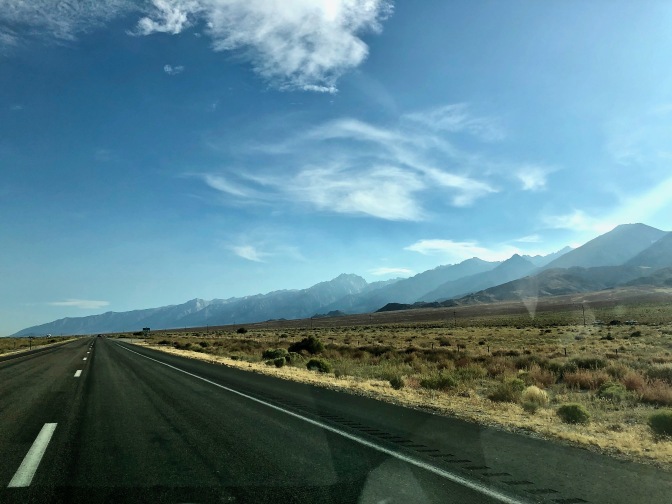 But enough complaining.  It was a glorious ride through a glorious part of the world.